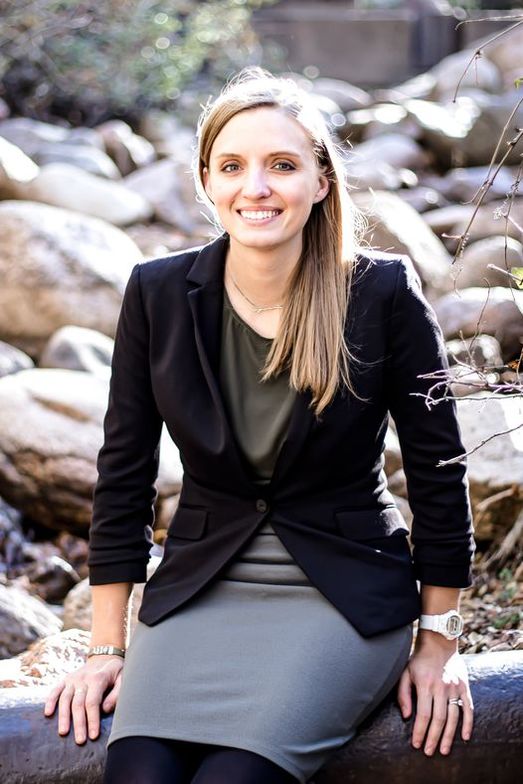 Passed  away at her home in Colorado Springs on February 6, 2022

Lauren was a cheerful and content little girl who loved the outdoors and her farm animals, especially her dog Apollo, her chickens, and her pet calf.  Lauren had to be bribed with a McDonald’s happy meal to hold her sister Joy when she was born.  From that inauspicious start, Lauren would one day become a loving and devoted mother to two beautiful boys, Lukas (7) and Odin (4).

Most especially, Lauren loved horses.  She wore out the knees of her jeans playing horses with her best friend Julie  Kunde when they were in kindergarten.  On their last day of high school, Lauren and Julie rode their horses to Hempstead High School and created quite a scene.  Lauren was instrumental in bringing high school rodeo to Dubuque County, and she earned 4th place finish in the state of Wisconsin’s Barrel Racing Championship in her senior year of high school.

Lauren took her horse to the University of Northern Iowa with her because “Crusher” was her best friend.” She worked at the boarding stable morning and night to pay for Crusher’s boarding costs.

While in college, Lauren discovered a passion for history and travel.   She became a counselor with Camp Adventure, which took her to Germany.  She met many interesting people in her travels, including her future husband Nathan (Nate) Schindler, a member of the United States Army.  They were married in Lake Tahoe, CA on September 15, 2011.  Soon thereafter, they were stationed in Stuttgart, Germany.  They traveled extensively throughout Europe and even purchased authentic lederhosen to celebrate Octoberfest in nearby villages.  Slinky, a purebred standard dachshund, was the first addition to their family.  Lauren fell in love with Germany and considered it her spiritual home and the place she most loved.

While in Germany, Lauren earned a master’s degree in International Relations from the University of Oklahoma.  She created a position for herself on the base in Stuttgart and implemented an internship program for students studying cybersecurity.  Lauren and Nate returned to Colorado Springs, and Lauren created a new position for herself with the North American Aerospace Defense Command (NORAD) at Cheyenne Mountain.  Her efforts were recognized, and she was asked to join the consulting firm of Booz Allen Hamilton.  It was here that Lauren led a team in an effort to revolutionize and modernize classified data collection and mobile access to classified military systems.  Lauren was also part of a larger team effort tasked with bringing innovative changes to the way the military provides network connectivity across the globe in a combat environment.

Lauren is survived by her husband Nate and her boys Lukas and Odin, her father Kenneth (Yvonne) Gibson, her mother Jodi (Catherine Peterson) Gibson, her sister Joy, and many beloved aunts, uncles and cousins.  She was preceded in death by her paternal grandparents Kenneth H. Gibson and Carolyn Manges, maternal grandparents Lorraine and Orin Brinkmeier, and her Aunt Terri Mitro.