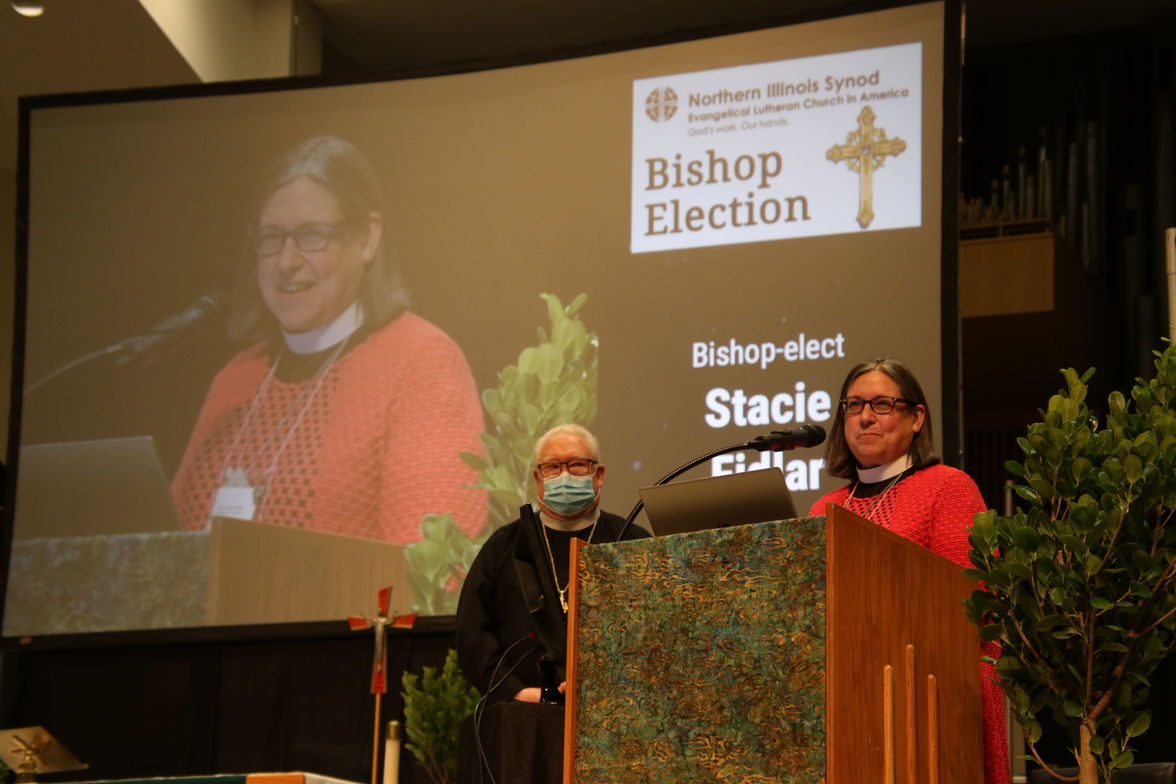 Rock Island, IL (June 18, 2022) - The Rev. Stacie Fidlar of Rock Island, IL, was elected June 18 to serve a six-year term as bishop of the Northern Illinois Synod of the Evangelical Lutheran Church in America (ELCA). The election took place during the synod assembly which met online on June 5 and 12 and then in person at Augustana College in Rock Island on June 17-18.

Fidlar was elected on the 5th ballot with 219 votes to 111 votes for the Rev. Dr. Janet Hunt, pastor of First Lutheran Church in DeKalb, IL. A total of 166 votes was needed for election.

Fidlar earned her Bachelor of Arts degree in Religion with Asian Studies concentration from Augustana College in Rock Island, IL in 1991 and her Master of Divinity degree from Lutheran School of Theology at Chicago in 1995.  She completed the Shalem Institute Group Leaders Program in 2002 and participates in ongoing continuing education with foci on leadership, spirituality, and foundation management.

Fidlar will take office on September 1, and her installation is scheduled for October 8 at 11:00 a.m. at Trinity Lutheran Church in Rockford, IL. Presiding Bishop Elizabeth Eaton will officiate the installation.

Retiring Bishop Jeffrey Clements has served as bishop of the Northern Illinois Synod since 2016.