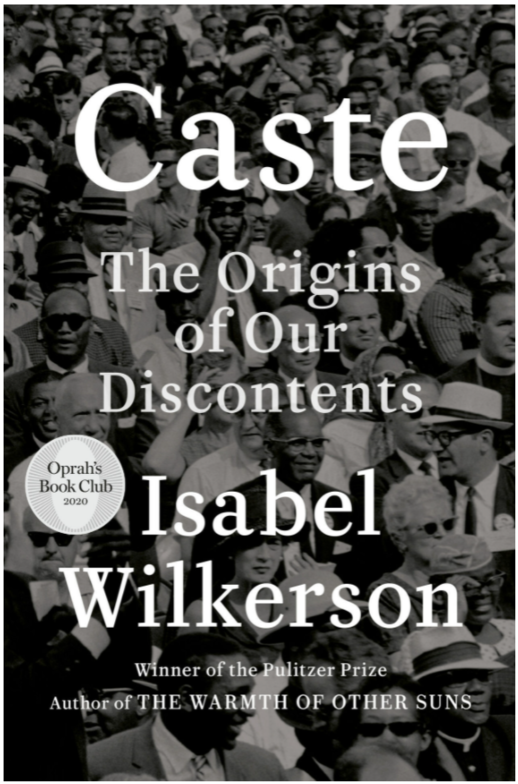 Bishop Jeffrey Clements invites you to join in a seven-week book study of Caste: The Origins of Our Discontents by Isabel Wilkerson. This book study will be held via Zoom on Thursdays from 7-8 p.m., September 16 through October 28.

This book study is being hosted by the synod’s Racial Justice subcommittee and will be co-led by Bishop Clements and Pastor Janet Hunt of First Lutheran Church, DeKalb.

This study is part of a continuing effort in the Northern Illinois Synod to be a synod of antiracist congregations and members.

Here is some of the information on Caste from the book cover:

“In this brilliant book, Isabel Wilkerson gives us a masterful portrait of an unseen phenomenon in America as she explores, through an immersive, deeply researched narrative and stories about real people, how America today and throughout its history has been shaped by a hidden caste system, a rigid hierarchy of human rankings. Beyond races, class, or other factors, a powerful caste system influences people’s lives and behavior and the nation’s fate…”

As with last year’s study of White Fragility, you are invited to join with others in a challenging discussion that will help us all to be more aware of the history and effect of racism in our nation.

Order a copy of the book by whatever means you normally use and begin reading now! It is available in print or e-book forms.

Below is a tentative schedule for the study:

You will receive the Zoom link each morning of the book study at approximately 7 a.m.

Find out more about the synod's Racial Justice subcommittee.

New Pastors in Our Synod

Pr. Tammy Anderson at the death of her father Ed Hobbs Walking Together to spruce up the park Remembering Francis of Assisi