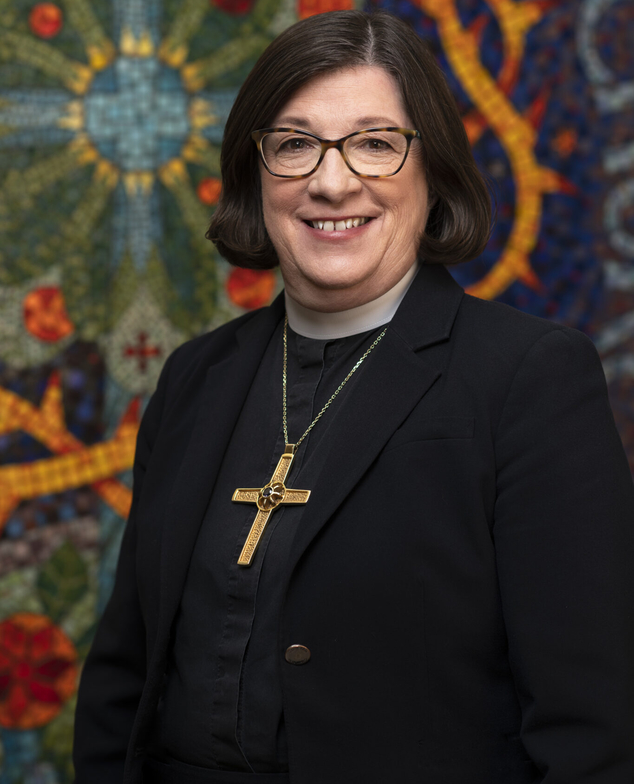 Creatureliness—Jesus and ours: In her April column for Living Lutheran, Presiding Bishop Elizabeth Eaton writes about Easter and Earth Day, reminding us that we are redeemed, reconciled and reunited in the beauty of the Creator’s loving handiwork. Read her column in English below or in Spanish at https://bit.ly/3wXV9UA.

Twice in the Gospels there is a story about a woman anointing Jesus with pure nard, one in Mark and one in John. In Mark, an unnamed woman comes to Jesus and anoints his head. In John, it’s Mary of Bethany, the sister of Martha and Lazarus, who anoints Jesus’ feet. In both Gospels the anointing happens just days before the crucifixion. In both stories the disciples criticize the women for their wanton extravagance. In both stories Jesus defends the women and declares that they have anointed his body for burial.

This is a very human Jesus facing his impending death and pausing in the midst of all the turmoil to be ministered to so tenderly. Jesus is with his friends sharing a meal in their warm company. Soon his head and feet would be pierced by thorns and nails. But in these moments, his head and hands are soothed. In John we hear the house was filled with the fragrance of the perfume (12:3).

Not long before this, Jesus had raised Lazarus from the dead. Impatient Martha ran to meet Jesus and chided him for not coming sooner. When Jesus commanded that the stone be rolled away from the tomb, Martha cautioned, “Lord, already there is a stench, because he has been dead four days” (John 11:39). Quite a different fragrance.

Not long after Jesus was anointed with the pure nard, he would gather with his disciples to eat the Passover. Dear friends, good food and wine, and the remembrance of not only the spiritual struggle for freedom but of the physical experience of oppression and violence against their own bodies in Egypt. The bread and wine of that supper fed and warmed the bodies of the disciples.

I had a colleague who once said that our lack of awareness of our spiritual hunger—distracted as we are by all the cares of life—is like someone not even realizing that she was hungry until she smelled baking bread. Stephen Bouman, former executive director of the Domestic Mission unit, remembers as a child that when his parents came back from receiving communion, they smelled different—certainly the wine, but also a fragrance of life.

All of this points to creatureliness—Jesus’ and ours. In significant and sometimes disastrous ways, we have separated ourselves from the creation and the Creator. Adam was formed from Adamah, the dust of the earth. Adam was the earth creature. We are earth creatures.

At the beginning of Lent we heard: “Remember that you are dust, and to dust you shall return.” Too often in Western thought the material, created world has been deemed inferior to the spiritual—as if God would divorce God’s self from the universe God created in love. “Caring for Creation: Vision, Hope, and Justice,” the 1993 ELCA social statement, acknowledges humanity’s separation from God and from the rest of creation as a central cause of the environmental crisis (elca.org/socialstatements). Can we return home to God, the creation and ourselves?

Back to nard. Nard was rare and expensive. It was also pungent. It has been described as earthy, woody, dank, musty. In short, it smelled like the earth. And it was strong. The account in John says that the fragrance filled the room. It’s likely that that fragrance clung to Jesus’ body on the cross and in the tomb. Here was the complete accomplishment of the Incarnation—the earth creature of Eden is redeemed by the earth creature of Calvary, Emmanuel, God with us. All of creation is reconciled.

This April we celebrate Easter and observe Earth Day. Heaven and earth meet—redeemed, reconciled and reunited in the beauty of the Creator’s loving handiwork.

A monthly message from the presiding bishop of the Evangelical Lutheran Church in America. Her email address is bishop@elca.org.